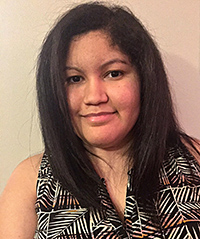 I am the Vice President and Chief Ambassador of Autistic Self-Advocacy Atlanta (ASAA), an affiliate group of the Autistic Self-Advocacy Network (ASAN). Since 2012, ASAN has partnered with several disability organizations every year on March 1 to honor and remember people with autism and people with other disabilities who were murdered by their families and/or caretakers.

This annual event is known as the Disability Day of Mourning. It is a very sad event, and it surely doesn't get any easier no matter how many years you attend. What makes it worse is that the list of victims gets longer every single year. It is certainly not the happiest of events, but it is one of the most important because not only should the victims be honored, it also motivates people to advocate for autistic people and people with other disabilities so one day the list of victims won't keep growing. The first advocacy event I ever attended was the 2016 Disability Day of Mourning hosted by ASAA (back when it was ASAN of Atlanta). I will always remember this day because I was introduced to advocacy and it helped motivate me to become an advocate in the first place.

Since this was my first time organizing the event, I was not sure where to start. My wonderful co-workers at Georgia Council on Developmental Disabilities (GCDD) really stepped in and helped me. My co-worker, Maria Pinkelton, helped me reach out to the people I needed to reach out to. Because of her help, I was able to get a location for the event and an American Sign Language interpreter. Also, thanks to the help from my other co-worker, Hillary Hibben, I was able to reach out to the press about it. It was a success because two news channels, WSBTV(Atlanta'a ABC affiliate) and CBS 46, came and filmed us. CBS 46 aired what they filmed that same night on PeachtreeTV during the 9 pm hour. WSBTV, however, have not aired it yet as of writing this blog, but hopefully they will soon.

I thank Maria and Hillary and everyone else at GCDD for supporting me as I put this event together. Alyssa Lee, Charlie Miller and Eric Jacobson, my other co-workers, came and they said I did a great job!

I'm happy that the victims of these murders were honored because they deserve it, and I hope the event motivated people to advocate to make sure these murders don't keep happening. ASAA will host the day again next year at the same place and will include CART (closed captioning) services to expand event access. I do hope that you are all able to attend the event in 2021.

People with disabilities have lives that matter just like everyone else. I hope one day, hopefully in my lifetime, everyone will realize this so these killings come to an end. Until then, we will keep doing Disability Day of Mourning to honor the victims and motivate people to advocate for autistic people and people with other disabilities. Learn more about our 2020 Disability Day of Mourning by reading the article I wrote for Neuroclastic.com. Visit ASAN's Day of Mourning Toolkit to learn how to host your own event in 2020.