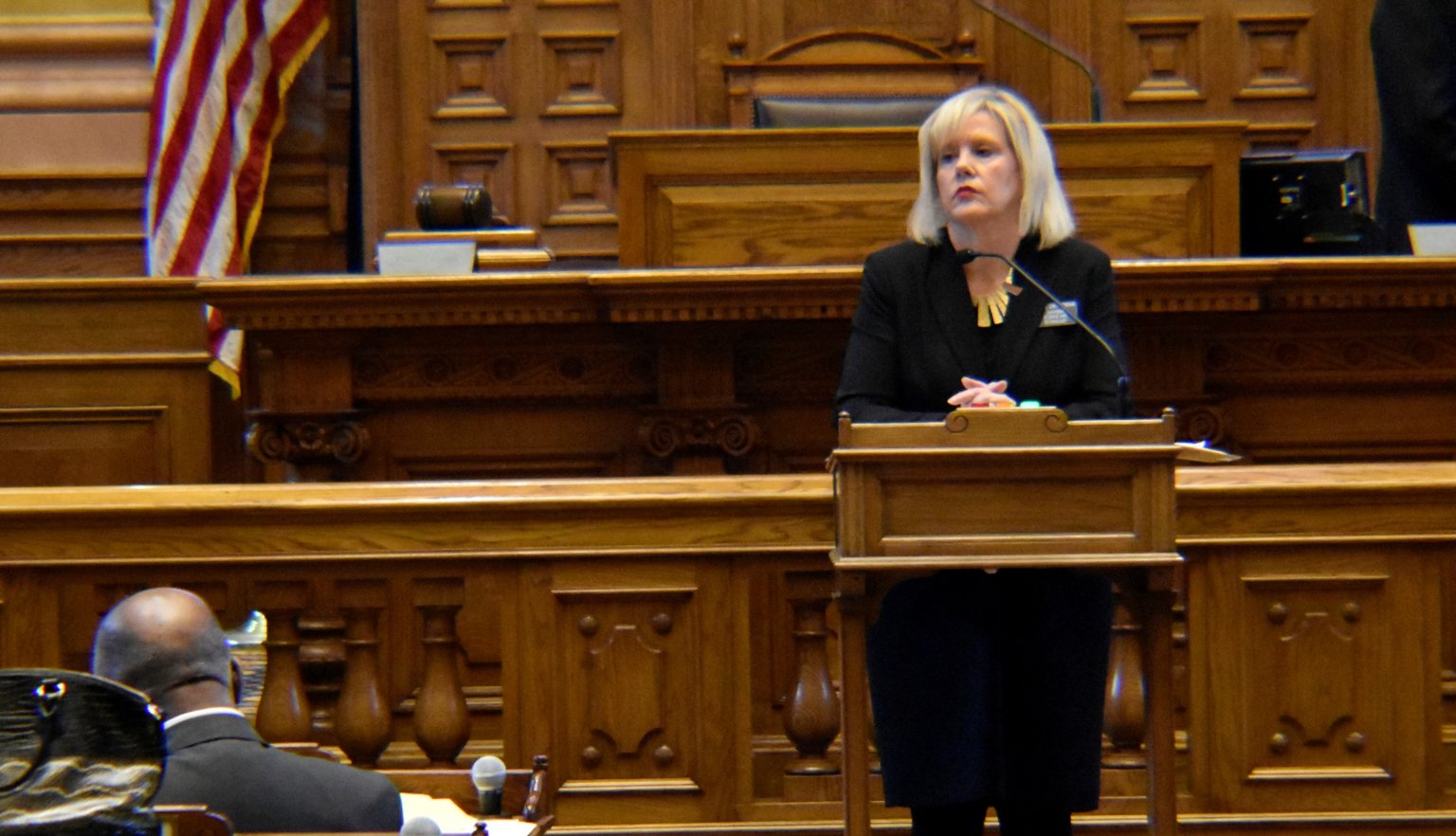 Senate Bill 386 proposes to use public school dollars to pay for private school tuition for a program expansion that includes more children in the pool of eligible special needs students. Tuesday’s 33-22 vote was nearly entirely along party lines, with Republican lawmakers supporting a measure they say gives parents more opportunities to provide their children with specialized services they may not receive in a public school setting.

The state’s special needs scholarships program is now open to disabled students that require a tailored education accommodation as part of a federal identification process. The Senate legislation passed Tuesday would extend the eligibility to students covered under a 504 federal plan to students with a disability who can perform at the same level as peers if accommodations are made.

Opponents of expanding the voucher program raise concerns about taking away more funding from public schools. If the legislation becomes law, the state would spend $9.5 million of k-12 funding on vouchers if 10% of students who now have 504 plans take part in the scholarship program. The state’s portion would rise to $28 million if 30%, or roughly 8,600, participate, according to an estimate by state auditors.

The lone Senate Democrat who voted in favor of the bill says she’s witnessed the impact of providing more resources to special needs students.

“I see it as a scholarship for those who really need it,” Atlanta’s Sen. Donzella James said following Tuesday’s vote. “The law is already in place, it just adds those special needs kids that I know some of them really need extra help and they’re not getting it.”

Another Atlanta Democrat, Sen. Elena Parent, said she worries that the program will be misused by families who can afford to pay for a diagnosis to  get their child into the program.

The state pays about $6,300 for each of the 5,000 or so students who use the special needs scholarship program. The legislation proposes to pay less – about $3,300 in annual private school tuition for the newly qualified students – because they don’t meet the federal criteria.

That still doesn’t come close to what most private schools charge, Parent said.

“The program in this bill is ripe for abuse,” she said. “And that’s a system where wealthy families in metro Atlanta can get a private school education at the expense of rural and working class Georgians.”

About 4% percent of eligible special needs students now participate in the voucher program.

Sen. Renee Unterman, the Buford Republican who is the bill’s sponsor, said she believes it’s unrealistic to expect 10% of eligible students will use the vouchers. Predictions of program growth have been exaggerated since the special needs program started in 2007, she added.

The majority of students will continue to remain in public schools even if they’re eligible for the program because parents will still feel their child is best-served in their local school system, said bill co-sponsor Sen. P.K. Martin.

“This is a situation where we should empower the parents to make the best possible decision they can make so their child will be successful,” the Lawrenceville Republican said.

The Georgia School Board Association and Professional Association of Georgia Educators both oppose the proposed voucher program expansion because it transfers more public dollars into private education. The Georgia Council on Developmental Disabilities has objected because it says students would get less federal protection in a private voucher system.

“We should be committing ourselves to making sure every student has this opportunity, not carving out a small group of people who have the resources to get the scholarship to make their lives better,” said Senate Democratic Minority Leader Steve Henson of Stone Mountain.

The original article ran in the Georgia Recorder on March 11, 2020.