The Fight for Gracie’s Law 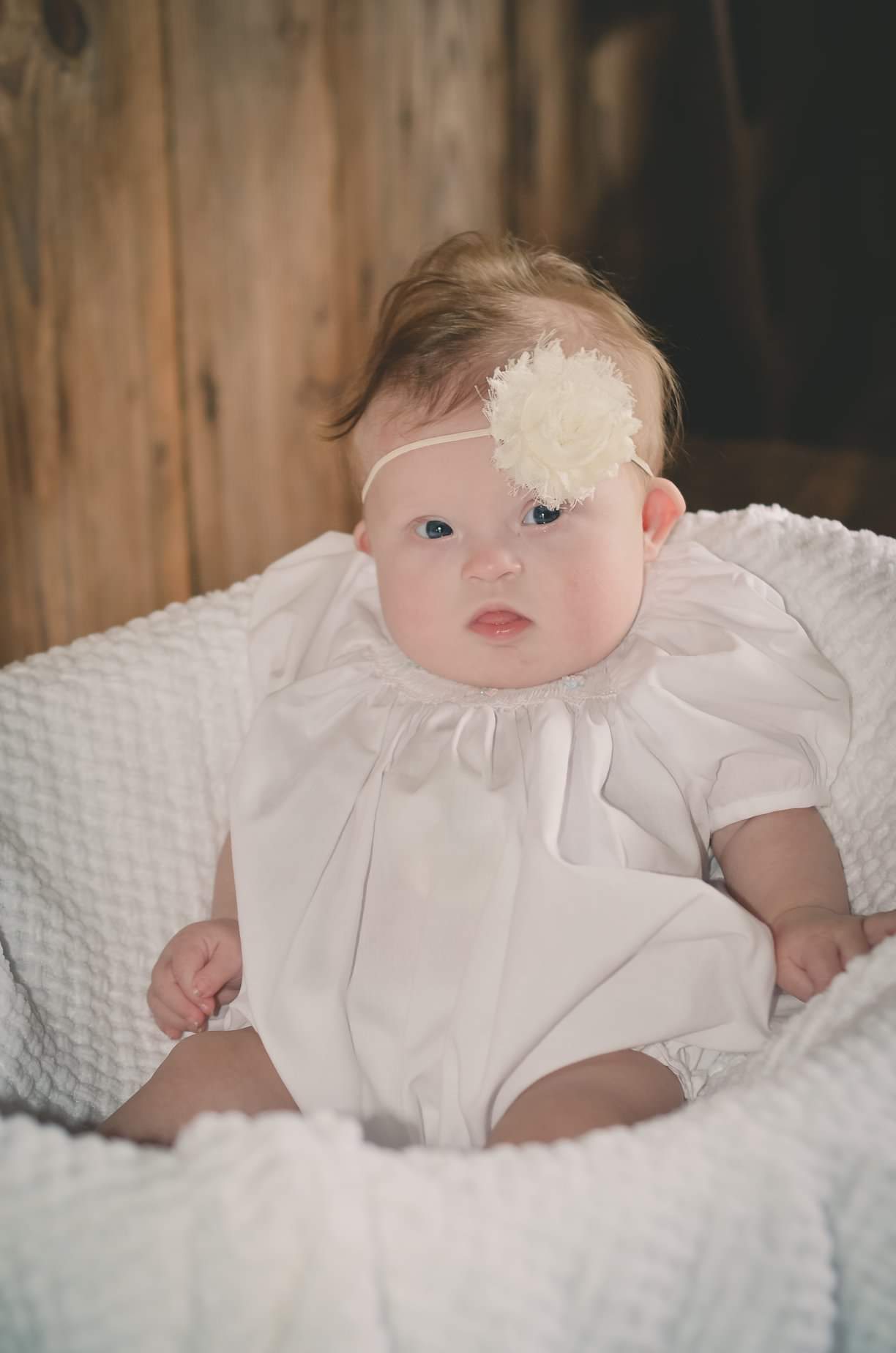 As far as gender reveals go, this was a simple one. No cupcakes with pink or blue centers, no boxes of helium-filled balloons. Erin and David Nobles had agreed to a genetic test, suggested because of her late-age pregnancy, but mostly because she knew it would be an easy way to find out if she was expecting a boy or girl.

Erin eagerly answered the doctor’s office phone call about the test results only to hear an expressionless voice say, “It’s a girl. She has Down syndrome.” “There was no joy in the nurse’s voice, it was flat, no hint of celebration,” recalls Erin.

The Nobles promptly changed doctors, finding one who celebrated the impending birth of their baby, Gracie Joy. At 24 weeks into the pregnancy, the Nobles were told the baby had an atrioventricular (AV) canal defect – a large hole in the center of her heart. Approximately 45% of children born with Down syndrome have some form of a congenital heart defect.

Born on March 9, 2019, Gracie Joy spent 17 days in the neonatal intensive care unit (NICU). A few weeks later it was time to have her heart surgery, and she entered the pediatric intensive care unit (PICU) at Children’s Hospital of Georgia (CHOG). In total, Gracie Joy stayed at CHOG for eight weeks working to gain weight and fighting a bout of pneumonia, which delayed her heart surgery.

Eventually Gracie Joy had a successful surgery and was finally able to go home.

While spending a quiet evening at home, David and Erin were relaxing – watching TV, scrolling through their phones while their kids slept. Erin was reading more about Down syndrome and disabilities in general. Something caught Erin’s eye, and she turned to David and read him information that shocked them both – people with disabilities do not receive equal consideration for organ transplants. “Do you realize if Gracie Joy needed an organ transplant, we would have had to fight to get her on a list?” said Erin.

“I was blown away! How is that even possible?” said David. “I didn’t want to talk or even think about it. It’s something we could easily have been faced with.” At that moment, the Nobles realized this was an opportunity to do something for their daughter and for all people with disabilities in Georgia.

Gracie’s Law, written to avoid any organ transplant discrimination against people with disabilities in Georgia, will be introduced to the Georgia legislature in January 2020 by Representative Rick Williams (R – Milledgeville, District 145) and Senator Burt Jones (R – District 25). While the Americans with Disabilities Act (ADA) denies discrimination based on any disability, there is still a lack of federal enforcement.

“Even with federal protections in place, children and adults with disabilities continue to face an unfounded amount of discrimination by the medical community,” said Rep. Williams. “For far too long, people with disabilities have been denied organ transplants based on misconceptions about their quality of life, which consequently impacts their health care. This legislation seeks to change that stigma and ultimately save lives.”

“It’s a very important issue, and it’s very emotional,” said Rep. Williams. “This is good legislation. It’s nonpartisan, and everyone is on board. Legislators have been coming up to me saying they are ready to sign it.” Erin explains it is important to have a state law so that if there is an issue, it can be fought at the state level.

She paints the picture of someone with a very sick child with a disability having to find a lawyer to represent them at the federal level, filing with a federal court, waiting to get on the federal docket – all overwhelming, time consuming and expensive. “If you have a child with disabilities, get your boxing gloves on – you need to fight,” Erin said.

The Nobles also point out it is not simply the organ transplant center that is doing the denying. Many times, doctors treating patients with disabilities don’t even make a referral to a transplant center. Parents are told to take their child home and spend the remaining time with them. “We’re dealing with old mindsets, doctors assuming that children with disabilities are not eligible for organ transplants. That’s our biggest issue,” said David.

Gracie’s Law was written and submitted to the Georgia legislature quite rapidly. After the Nobles’ talk that Friday night about organ transplants for people with disabilities being denied, Erin reached out the following morning to Tami and Wayne Pearl in Louisiana who had already submitted their own request for a law to their state legislature called Evie’s Law, named for their daughter with Down syndrome. Wayne immediately sent his five-page bill for the Nobles to review and gave them advice on selecting the right member of the Georgia General Assembly to sponsor the bill, suggesting the Nobles find a legislator who aligned with their morals and beliefs.

Discussing their Georgia legislators, David, who works at the Georgia Department of Community Supervision in Milledgeville, recalled meeting Rep. Williams at several town meetings. “I knew the kind of person he is. He was definitely someone I could align with; my beliefs fit his beliefs.”

Rick reached out to Rep. Williams. “I went through my spiel, and he told me [to] send him what I had, and [he’d] be in touch.” Ten minutes later Rep. Williams called Rick to tell him that Gracie’s Law had been sent to the legislative council, and the following day Sen. Jones said he would submit the bill on the Senate side.

Looking back, David said, “When we got that phone call from the doctor’s office about Gracie having Down syndrome, it was like a funeral. We couldn’t even decorate the nursery. But that was a year ago, and we’ve made it through. Now we are introducing legislation to make a difference in our community and our state. Who would have thought this is where we would be?”

The Georgia Council on Developmental Disabilities will be advocating for Gracie’s Law alongside the Nobles family during its 2020 Advocacy Days. To learn more, visit www.gcdd.org