Since 2015, the month of October has been notably significant for employees with disabilities. The occasion, Take Your Legislator to Work Day, brings employees together with their respective state representative or senator at their work place to show them a day at work.

“I think the employees appreciate the opportunity to show off the success that they have,” said Hanna Rosenfeld, GCDD planning and policy development specialist. “A lot of people have low expectations of people with disabilities and their ability to work. One of the nice things about this event is it’s impactful for the legislators and a great opportunity to raise awareness in the wider society.” 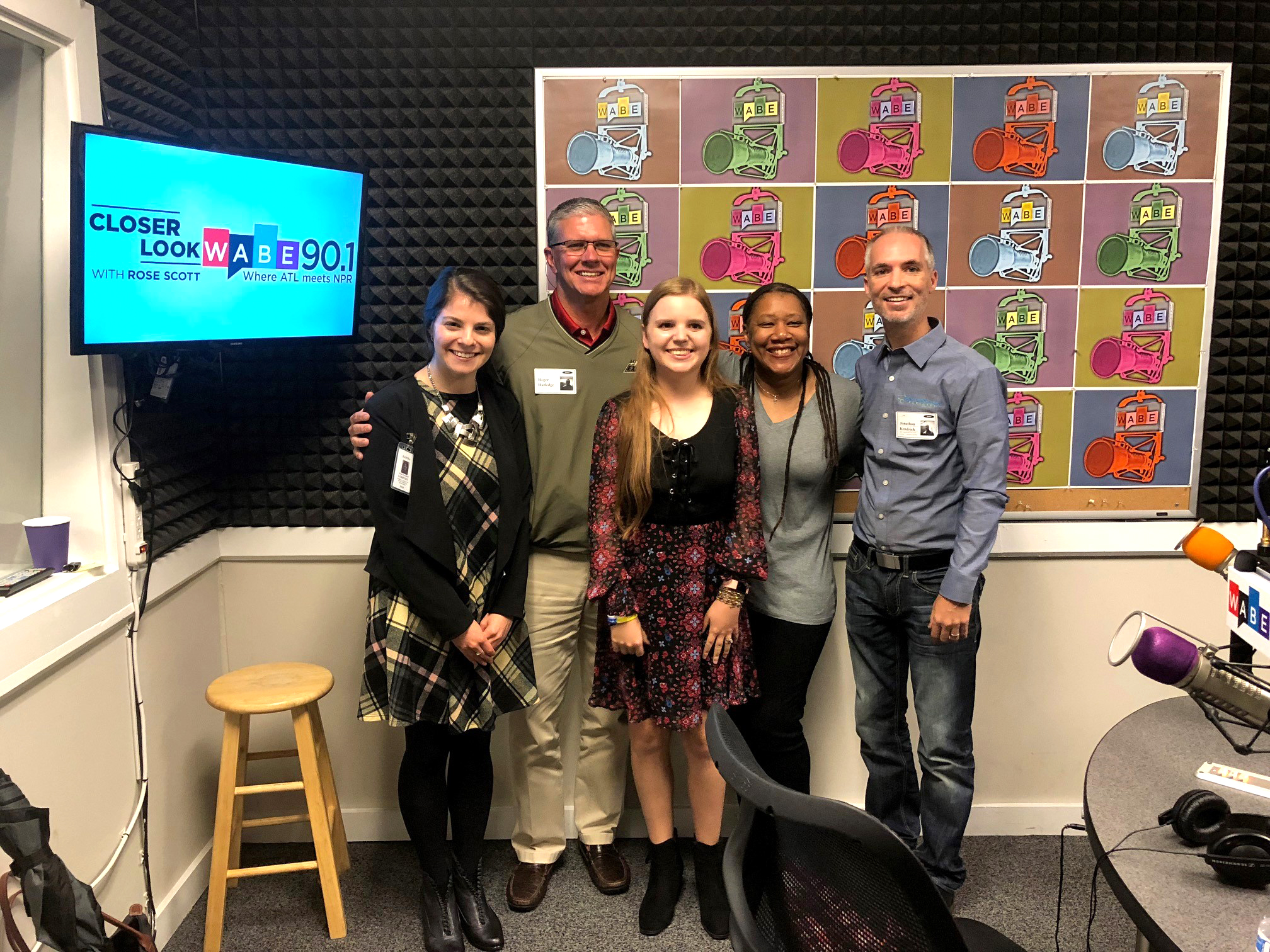 Host Rose Scott (second from right) interviewed (l to r) Hanna Rosenfeld, Rep. Dale Rutledge, Arianna White and Jonathan Kendrick (far right) to raise awareness of competitive, integrated employment for people with disabilities at WABE Studios.The visits generally include a tour of the work site where the legislator has an opportunity to meet with the owner or manager and other staff. Some employees with disabilities have a coach to support them at the job site and help them to be a success.

“Maybe the disability is such that it can take them longer to learn new tasks and a coach can help with that,” said Rosenfeld. “For employees with disabilities, when they are at a job that is suited to their skills, they are very successful.”

Take Your Legislator to Work Day (TYLTWD) has been featured on WABE public radio and occasionally in the newspaper, which are opportunities for more parents to discover new possibilities for their children, as well as potential employers, Rosenfeld added.

“Maybe an employer hears about it and says, ‘Oh a neighboring business is employing people with a disability and maybe that is something I too can do and have more inclusive practices,’” said Rosenfeld.

It can also be impactful for the policymakers who visit. State Sen. Mike Dugan, who has participated in the annual event, sponsored Georgia’s Employment First Act, which was signed into law last spring. The Act makes employment a priority for people with disabilities who want to work.

Rosenfeld added, “[Legislators] enjoy meeting with their constituents and hearing their concerns. They obviously enjoyed it so much that they wanted to come back.”

Thanks to the following employers, employees and Georgia representatives and senators for their participation.