We got an employment wake-up call this month. It came with the angst that anyone’s reality adjustment might come with, plus some. 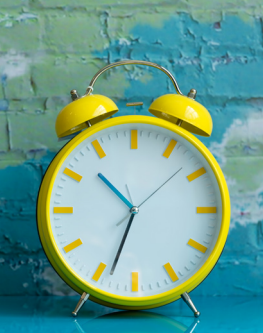 I have written before about Mia’s snack adventures, and how she figured out how to use her hospital personnel badge in the cafeteria to buy food. Recently she took this to a new level, and I found out about it from one of the nurses. She was behind Mia at the cashier and observed Mia spending $15 dollars on biscuits, bacon, a coke, a honey bun, etc. Mia’s response to a friendly inquiry was that she had no food at home.

I soon found out that Mia has been clocking in on her floor, going to the cafeteria and settling in for a nice long breakfast of not-good-for-you things, and then going back to her floor, 20 minutes late. And telling the nurses that Fabersha, who takes her to work some days, (not all!) had a flat tire, had a fire in her car, got stopped by the police and other excuses that would result in making her late.

When I heard all this, my heart plummeted and I feared Mia would lose the job she loves.

I had conversations with Mia’s people, the nursing staff and the job coach. Mia denied everything. I have always said Mia is smart enough to be manipulative. She wound everyone up with her stories and they felt bad for her – and maybe let her get away with things that they would never tolerate from other workers. But, in that behavior is communication. So, what was she telling us?

I wrote to the nursing staff to reassure them that Mia has plenty of food in her apartment, goes grocery shopping every week and eats family dinner with the Whitakers or Fabersha. And, Fabersha does not have three flat tires and law enforcement encounters every month. I share my perspective that Mia is an adult who figured out how to get cafeteria time in a way that is within her ability. But, she needs to be held accountable for her work behavior just like any other employee.

The next morning, Mia got suspended from work for two days. Fabersha picked her up at the hospital. Mia was crying in the car when they called me back. I conferred with hospital staff, Mia’s people and the job coach. We found out she feels bored in her new office where she is not the center of the nurse’s station, listens to music on her phone, which is distracting, so she’s not getting her work done. She needs her phone to signal breaks, lunch and when to pack up so she doesn’t miss the bus.

We got her a digital clock. We changed her morning routine, so someone is there to make sure she eats a good breakfast, and walks her into the floor instead of dropping her off like before. She liked taking the bus, but this gave her the freedom to abuse the cafeteria. So for now, she’s getting a ride to work every day.

I think she was also telling me she misses me, and this incident got my attention. The family she lives with reassures me it’s not that. But I made plans to get down there a few more times before Christmas when we will be together and this seemed to reassure her.

She went back to work after her suspension, apologized to her supervisor, and got down to business. She had a night out with her friends, had a girlfriend spend the night, and life righted itself. On the next few calls, she sounds happy and energized.

Stuff happens, same as anyone. The “plus-some” is our reality of how much harder it is for life to right itself for our folks. It doesn’t take much for everything a family has constructed for their person who needs support to totally fall apart, and these crashes affect a wide circle of people. We are lucky. Every individual should be so lucky. But, we have to communicate this to the people who say they represent us so life’s wake-up calls don’t undo all we have worked for.

To read the entire magazine, see below: