FEDERAL ACTION ALERT: We Must Continue the Fight to Protect Medicaid

The House and Senate Republicans and Democrats are meeting at the end of the month to determine their respective caucus’ legislative priorities for 2018. The disability community must remind Congress that we support the Medicaid program and how detrimental cuts or caps to the program would be.

Background
Key House and Senate leaders have indicated that they would like to cut spending on federal program such as Medicaid in response to the 1.5 trillion dollar loss of revenue due to the tax cuts. Some leaders have been careful to say that Medicare and Social Security are off the table for possible cuts but Medicaid, food assistance, Supplemental Security Income and others remain targets. This is a continuation of the fight in 2017 except they are using different messaging. Medicaid is at risk whether they are calling it “welfare reform” or “opportunities” or “jobs for people”, the end result is reducing enrollment in Medicaid and spending less on the program.

The only feasible way for Congress to enact major cuts or caps to Medicaid this year is through special budget rules (known as reconciliation) that allow the Senate to pass budget-related legislation with a simple majority. But reconciliation cannot proceed without first passing a budget resolution that includes instructions that would allow the Senate to use special budget rules. We must remind Congress that we want to protect Medicaid and other programs. Educate Congress on the negative effects reconciliation instructions would have on budget legislation and instead seek bipartisan efforts to strengthen Medicaid and other social programs people with disabilities rely on.

Call your Representative and Senators today—202-224-3121. EVERY call matters. Act now as Congress will be deciding what direction to take at the end of the month.

What to Say:
• I am your constituent.
• I am a person with a disability (or a family member, or professional in the field).
• Medicaid provides critical services to people with disabilities.
• Protect Medicaid from cuts and caps. 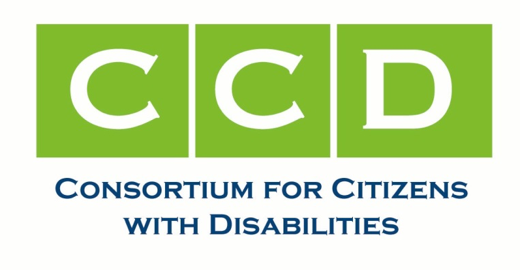