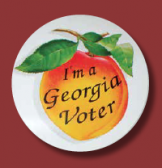 There is a rich history behind the power of voting and why people with disabilities are important to the political conversation. Landmark legislation such as the 1990 Individuals with Disabilities Education Act (IDEA), 1990 Americans with Disabilities Act (ADA) and the 1999 Olmstead Decision were prominent achievements in the disability rights movement. Voting is one way all citizens, with or without disabilities, can have their voices heard. The right to vote, when exercised, is a powerful tool that makes great progress in how our counties, cities, states and nation operate. As a voter, being well-equipped with voting histories, background information and a candidate's stance on issues that are important to you is not just about casting a ballot. It's a form of political involvement and advocacy.

The lives of people with disabilities have dramatically improved since the passage of laws like ADA, IDEA and more. Moreso, the right to vote has been protected through the progress and implementation of new accessibility standards, assistive technologies and continued advocacy for disability rights.

According to the US Census Bureau, 10 to 20% of eligible voters with disabilities are left out of the voting process, whether due to accessibility issues or finding informational sources. By being a part of the community as a whole, your voice is an important one.
To bridge this gap, there are limitless resources available for voters with and without disabilities. At the US Election Assistance Commission (EAC) website, www.eac.gov, voters can find out basic, yet important information on early voting, absentee ballots, local polling places and voter registration. In addition, Georgia's Office of the Secretary of State (SOS), www.sos.ga.gov or 404.656.2871, provides resources for contacting county boards of registrars and election offices. The website also provides a personalized My Voter Page that allows visitors to see information such as voter registration status, poll locations and sample ballots.

As a voter, gathering accurate information about how candidates stand on issues that are important to you can be overwhelming. Adelaide Kimball, senior advisor at Project Vote Smart, highlights the importance of being ready to vote. "Through Vote Smart, people can find out information such as backgrounds, previous experience, voting records and even ratings by special interest groups on a certain candidate," she said. "Our national database manages information on over 40,000 political candidates and includes voting history for state and federal officials."

Project Vote Smart, www.votesmart.org, is an independent, national organization that is focused on helping people become informed voters. In addition to the Project Vote Smart website, there is a toll-free number (1-800-VOTESMART) for those who may not be able to access the Internet for information. With the help of hundreds of volunteers, "we will be on the phone with you and guide you through the information you need to find out about the candidates in your elections," Kimball explained. "In the end, it is about giving voters the power
of information to make a well-informed decision in the voting booth."

Other resources for candidate information include the SOS' website, www.sos.ga.gov, each candidate's respective campaign websites or local and national newspapers. Candidate voting records are also available at www.congress.gov or www.legis.ga.gov that lists how candidates who are currently in office have voted on certain issues.

Next year, the country will celebrate the passage of the ADA that established paths for equal opportunities for people with disabilities. Accessibility to polling places and the right to vote are protected under the ADA. Along with the Help America Vote Act (HAVA), these critical pieces of federal legislation leveled the playing field for people with disabilities through ongoing advocacy. Passed in 2002, HAVA requires every polling place to have at least one accessible voting machine and to "provide the same opportunity for access and participation ... as other voters." The legislation also established the EAC, a bipartisan group to provide guidance in meeting HAVA requirements.

In 2011, EAC launched the Accessible Voting Technology Initiative (AVTI) to make voting technology and processes more accessible for people with disabilities. To further this goal, the Information Technology and Innovation Foundation (ITIF) began work on technology advancements to make ballots more accessible for people with disabilities through an AVTI grant. "We worked on touch screen technology for ballots that would help voters who are blind or visually impaired," said David Castro, senior analyst at ITIF who spearheaded this project. This new touch screen voting technology is now found in all of Georgia's polling places, which are equipped with other assistive voting devices such as audio and magnified ballots.

Furthermore, in 2010, Title II of the ADA was passed declaring that states and local governments could not deny persons with disabilities "equal participation in, or the benefits of their services, programs and activities," which includes voting.

To comply with these new provisions, proper access must be provided for people with disabilities to voting booths to assure their right to vote. In addition, fully accessible polling places are to be equipped with poll workers trained to take care of the needs of all voters. Voting is also easier for those with and without disabilities through simple new measures such as Absentee or Early/Advance Voting. "These measures are creating disproportionately higher turnout among voters than those states that do not have these options available," said Castro.

Jared Thomas, spokesperson for the Office of the SOS agreed. "We do everything we can to work with local counties to make sure that polling places are accessible for everyone," he said. "We encourage people to call their local county election office regarding resources available on Election Day. If something is missing, it's important to speak up!"

Making a Difference asked the Republican and Democrat gubernatorial and Senate candidates their insight on issues important to our readers. Read what they have to say here and remember to cast your vote on November 4, 2014.