The following is a guest blog by Paul Rockwell from Mixed Greens in Savannah about the new Green Chairs project at the Forsyth Market.

As I entered Forsyth Park on the morning of the 23rd I saw two people sitting in the Green Chairs, having a conversation. We started the Green Chairs on the 2nd of March as a conversation starter; so it was finally working. As I got closer I saw it was Tom Kohler and a stranger. Tom had said he hadn't been able to catch up with this guy for a couple of years and the chairs gave him the opportunity to do so. As the day progressed, the chairs were filled with different bottoms; then we added three more chairs.

I believe the words written in front of the chairs is what ignited the conversations. And they simply said, "plant yourself." Even though the Green Chairs may not be utilized week to week, I think it will serve its
purpose. And what that is, I don't know. 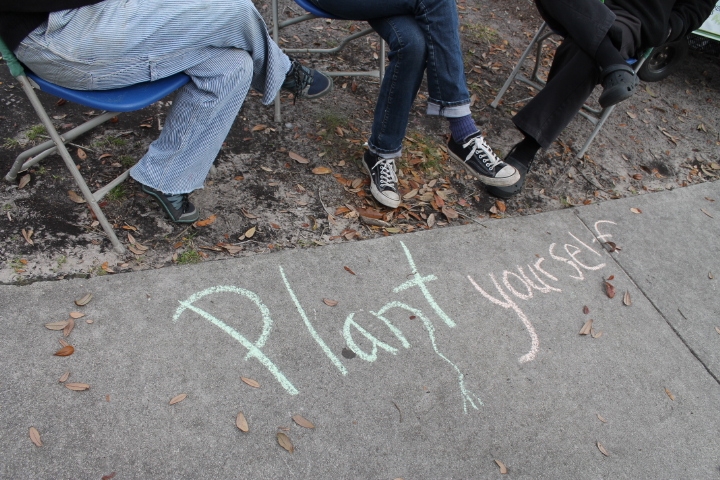