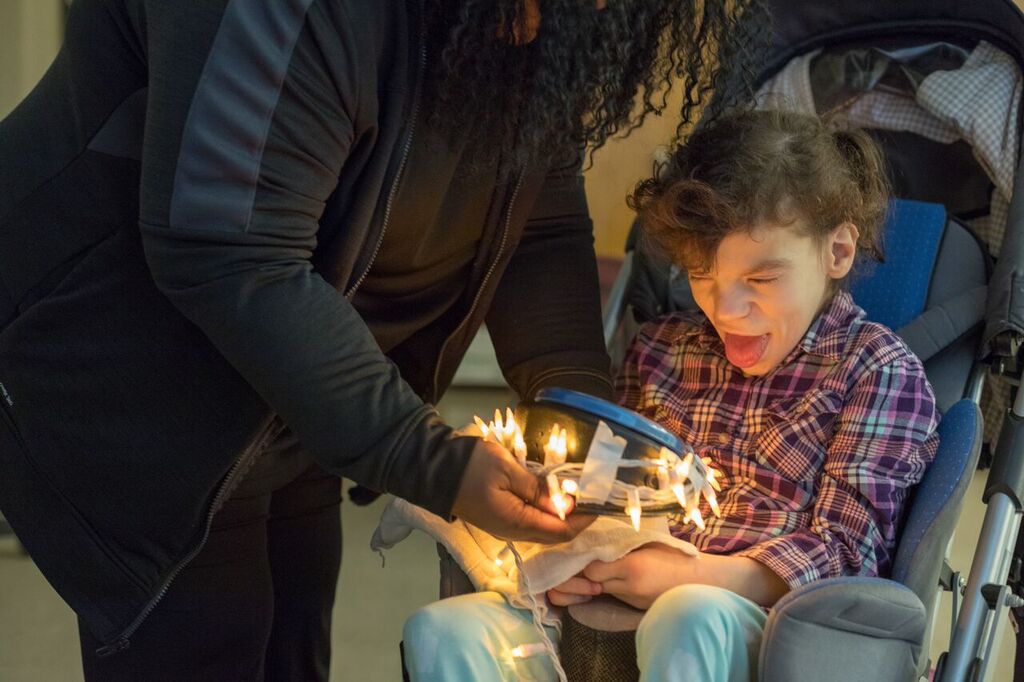 Kelsey is in a class with students with disabilities, but also interacts daily with kids who do not have developmental disabilities at lunch and during extracurricularKelsey Gray moved from St. Louis, MO to Acworth, GA with her mom, dad and 12-year-old sister in November 2015. Kelsey is a 14-year-old student at Awtrey Middle School, where she is in a class with three other students with significant disabilities. Kelsey is happy at school, where she takes classes on math, social studies, music and art.

Kelsey has a genetic defect called Pallister Killian Mosaic syndrome. She cannot walk or operate a wheelchair. She has severe developmental delays and seizures, and she is visually and hearing impaired. Kelsey’s parents and teachers help her do everything – eating, moving around in her stroller, using the bathroom and bathing.

In Missouri, she went to a school entirely for people with disabilities. At Awtrey, while she is in a class with three other students with disabilities, Kelsey also interacts daily with kids who do not have developmental disabilities. They eat lunch and take extracurricular classes together. This is incredibly significant for Kelsey, and her family appreciates it too.

The Grays aren’t in Awtrey’s district, and while it’s a bit of a hike, it’s also worth it. Kids with developmental disabilities learn with kids without disabilities, and they are both enriched by the exposure and resources. Cammie, her mom, and Kelsey’s teacher, Terrell, both agree that visibility and inclusion are key.

“You can tell a difference. You don’t get as many stares when you are out because the kids are used to seeing her every day,” Cammie effuses happily. 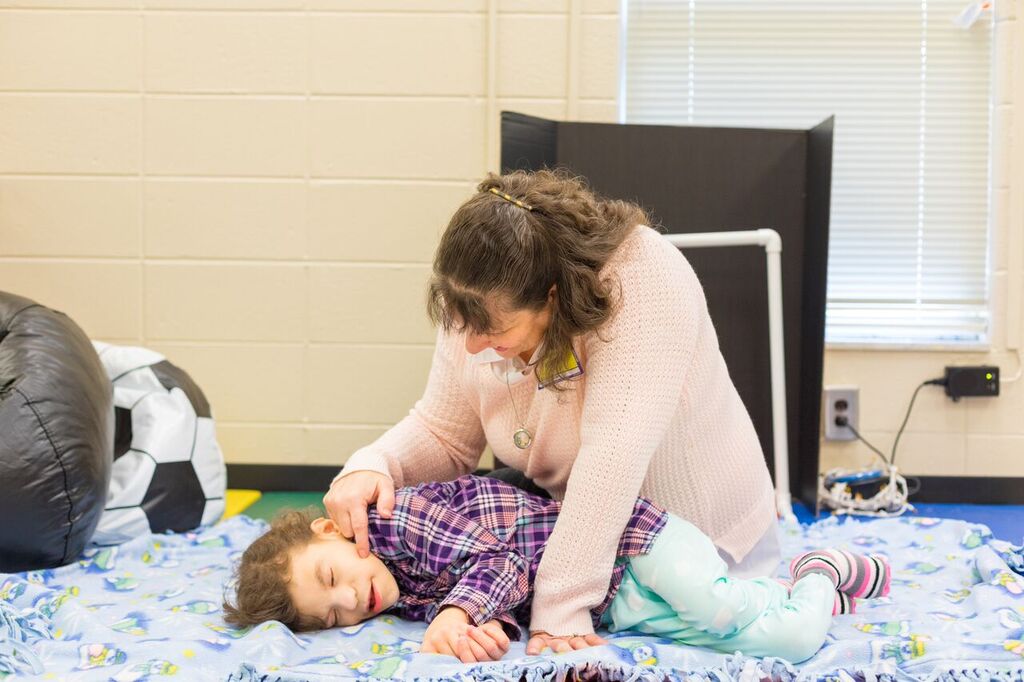 Kelsey with her mom Cammie, who is her primary caregiverRecently, the school had an awards ceremony to honor students and teachers, and the assembly included kids with and without disabilities alike.

Cammie says, “I searched for months for a school when we moved here. At first, I didn’t know where to look because I was used to the ‘special needs’ schools where we came from, and there wasn’t any information on the school district websites. Then, I found out it was because they were integrated with the schools, and it has been fantastic.”

When Kelsey’s not at school, Cammie does most of the caregiving. Kelsey requires medication, special medical care and supplies and equipment that are costly. Her medication alone costs $900 a month. This winter, the Grays bought a wheelchair-equipped van with a ramp and special safety belts. It cost $30,000, even though it was the most basic one, but they are relieved to have it.

Kelsey’s partially covered under her family’s insurance, but that doesn’t even begin to cover what she needs. A lot of her care and medications are covered by her Katie Beckett Medicaid Waiver. Cammie wishes it were easier in Georgia. They had to wait until they moved to reapply, which created an eight-month gap. She wants a more streamlined process for applying for Medicaid Waivers, and she wants more flexibility in deciding how to use the funds, like she did in Missouri.

More than anything, Cammie wants a good life for her family, and to know that Kelsey is cared for. Kelsey moves restlessly, but happily, when she sees her mom. Cammie beams down at her and holds her hand. “If I could say one thing to my legislators, I would say that they need to understand what our life is. Then they would understand why we scream for help.”

Kelsey’s story is a part of the GCDD Storytelling Project. It was written by Betty Barnard and photographed by Lynsey Weatherspoon.