Who We Are: The Korean Coalition - This group consists of first generation Korean immigrant families in metro Atlanta who have family members with disabilities. In our purposeful learning process, we have seen that often starting as a family group can be a powerful and empowering first step in building a group to act in the larger community. Once parents have the opportunity to connect with others who are facing similar barriers, access basic services and build some strength as a smaller group, they are more likely to join the larger community. Through learning journeys, relationships, Personal Futures Plans and Circles of Support, the members of the Coalition see the limitations of disability-only groups and the appeal of widening the lens to the entire community has become more clear and apparent. 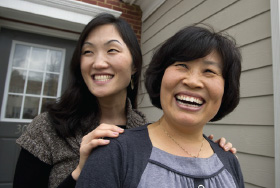 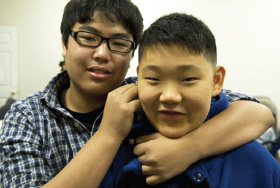 Two members of the Korean Coalition at a monthly meeting

What We Do: Personal Futures Plans have been effective in providing opportunities for people with developmental disabilities in the Coalition to connect with families and the larger community. This allows the larger community to see the person with disabilities as a valued member of the community who has many gifts and talents. New friendships have been formed and new opportunities have been created as well. To date, six people have had a Personal Futures Plan, and many more people will have one soon. These Futures Plans have led to Circles of Support for many of the young people who have had one, thus opening avenues to community and opportunities both socially and economically.

Personal Futures Plans helped start a larger conversation within the Korean community, especially the churches, about how to remove social barriers to create a welcoming environment so that all people, even those with developmental disabilities, can participate in all aspects of church. The initial conversations with a couple of Korean churches have sparked an interest in other Real Communities across the State to work with religious organizations and community organizations to create welcoming spaces.

The Coalition hosts monthly meetings for anyone interested in joining them. Often meetings will be on a specific topic that families have requested. For example, the group has hosted trainings on topics including how to use assistive technology such as iPods and iPads, which was presented by the Institute on Human Development and Disability at the University of Georgia (IHDD), and a workshop presented by the Office of Civil Rights on the rights of non-English speaking families and people with disabilities in the school system. These meetings also serve as a time for the group to plan future events and community partnerships, as well as an opportunity to provide mutual support and networking.

On April 6, 2013, the Korean Coalition hosted their first "Circle of Circles" picnic at Jones Bridge Park in Norcross. For the picnic, members of the Coalition invited members of their Circles of Support for food, games and fun. Over 150 people with and without disabilities attended.

In June 2013, the Coalition and Circles of Support volunteered to host a booth at the Atlanta Zoo's Asian Heritage Day. Volunteers from the group, both with and without disabilities, taught traditional Korean games and crafts to attendees throughout the course of the day. 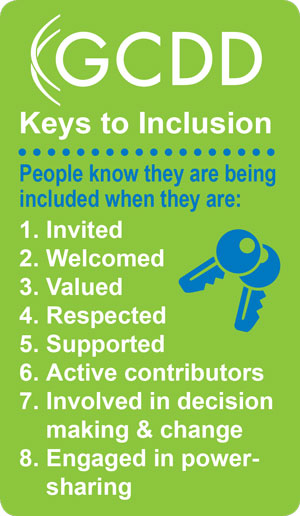