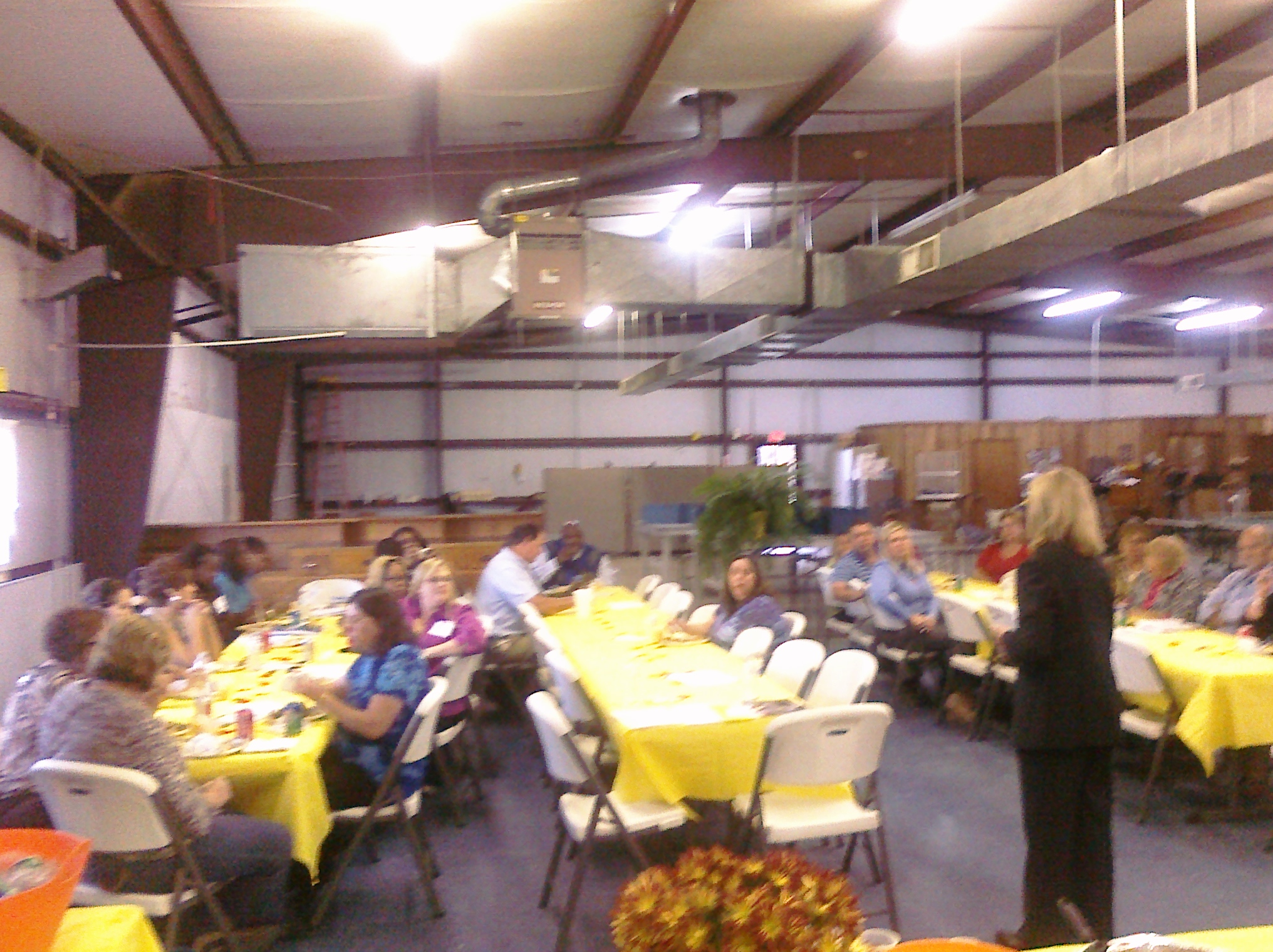 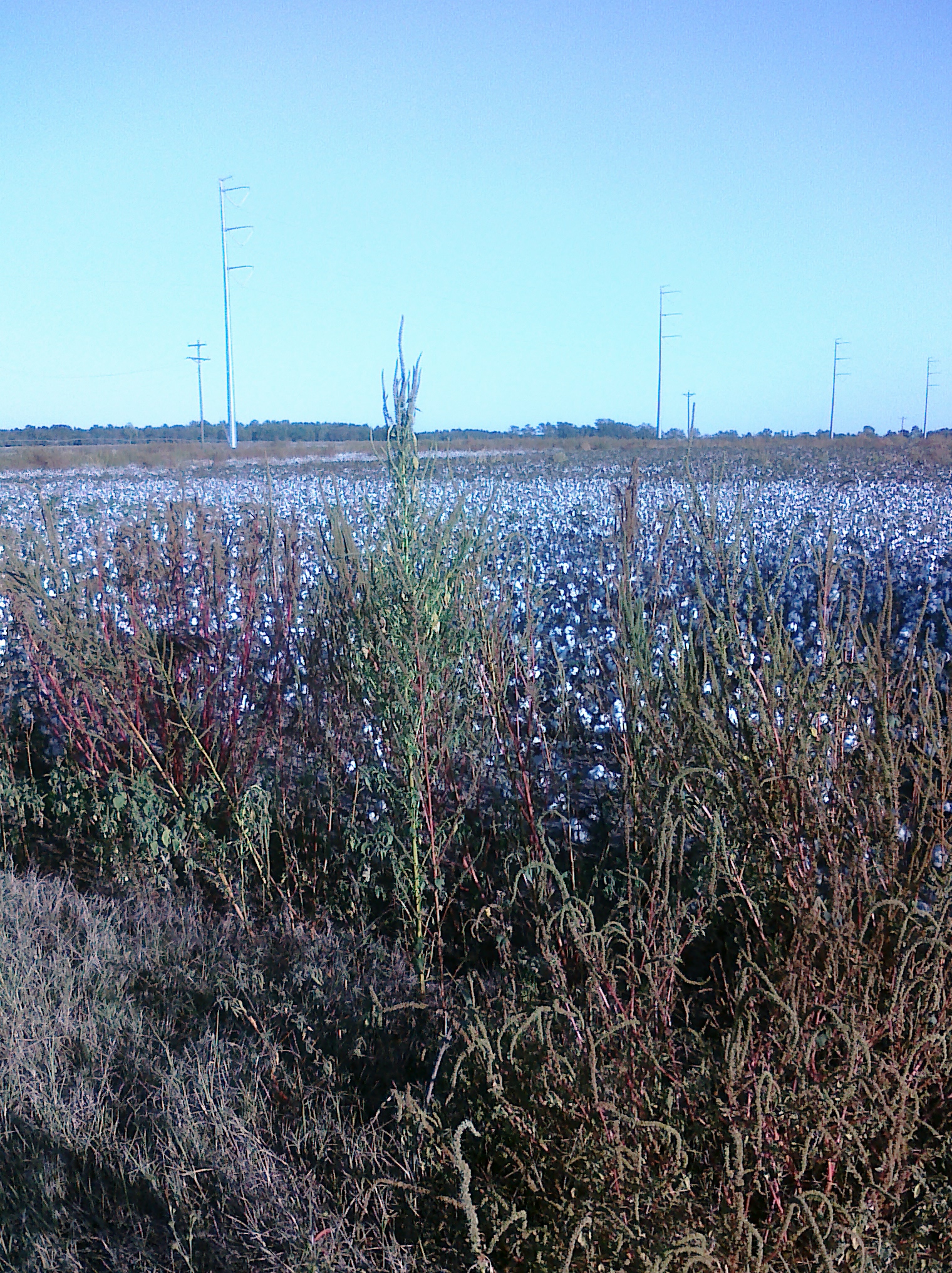 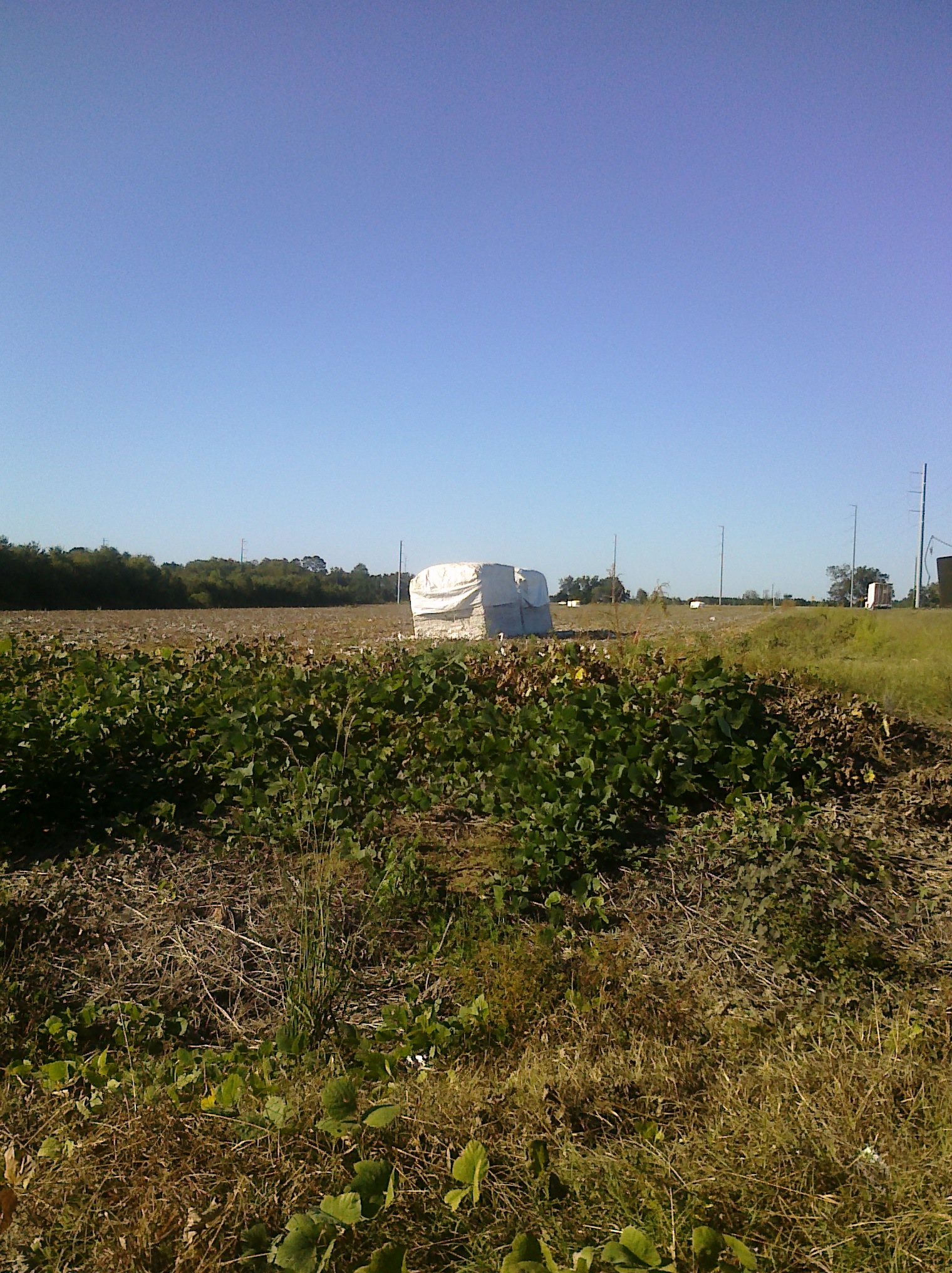 First, about the cotton. The Sunnydale Service center is surrounded by cotton fields in various stages of ripening and harvesting. The fields that have been cleaned have "modules" the size of small brick homes covered with white plastic sitting solidly in the midst of the stubble.  A module is several bales.  A bale is 550 pounds.  If a farmer gets 2 bales per acre, he's happy, according to the mayor.  Fields that have been harvested have cotton bolls littering the roadside, which we stopped and picked up.  Fields that are ripened but not cut are a sea of white.  Fields that are new are green with small white dots scattered among the leaves.  It is just really pretty, whatever stage it is in. Like I had previously stated in another blog entry, each of these events is different, and the conversation goes where it goes.  The group that attended this listening session included a law enforcement officer, a probate judge, the mayor, three city council members, several support coordinators, family members, the high school principal, other school personnel, the man who runs the human service rural transportation system and a few DD providers.

The primary concern was about the budget, the lack of waivers, the lack of supports in the community.  But what I want to focus on for this blog is the community's situation and concern with the youth graduating, or already but only recently, out of school. The law enforcement officer present is trying to keep track of, and intervene in situations affecting at least 10 youth in his jurisdiction who have developmental disabilities whom he knows live with family who also have need for support, spend most of their days on the street, get into trouble with older, less well-intentioned individuals, and end up getting arrested for theft, selling stolen goods, disorderly conduct, exposure.  The police try to avoid actually processing arrests, and instead try to find other ways to meet their needs and prevent worse things from happening because they know a record will significantly harm their chances for doing anything later especially work.  But they have no tools, few options and lots of restrictions.  They have victims and offenders in the same households, and nowhere to relocate the victims so they will be safe and so the police can maintain the integrity of their case.

They cannot house offenders with mental illness in the same population as other offenders, and they don't have the capacity to separate them, so they need to transport them to another county, away from their families and at the county's expense.  The school systems and the service providers know they should meet while kids are still in school, and know they need transition goals, but the adult system personnel stopped showing up at the school's transition meetings for kids -- not because they don't think it's important but because they cannot offer any services or supports. There are only 100 waivers in the budget for people at risk of institutionalization. Are kids getting ready to leave school, who are at risk of being on the streets, being victimized by older criminals or becoming victims themselves, at risk of institutionalization?  Yes.  Are there more than 100 young people in this situation?  Yes.  In fact, in this small community, just listening to the conversation around the room, there are probably 20 youth in this situation, just between Ocilla and Fitzgerald. So they ask me, what should we do? When the City Council members arrived fresh from their meeting, they said they had been talking about this very problem.  They don't want the kids to get in trouble.  They want them to go to work, be safe and productive.  Many of these kids are on the "planning list."

A couple of brothers have been on the "planning list" for four years.  Long enough to get out of the habit of school and work and long enough to get into a habit of trouble.  Is this what we want 12 years of education to lead to?  Would it be better to just put some resources in supported employment and transportation and work on employment activities rather than making youth just out of school wait for a full-blown waiver?  Blend some funding between the QBE school formula and funding for special education, vocational rehabilitation and the adult system? Can we not think more creatively about this?  In this community, there are several committed, caring partners; the law, the school, the Mayor and Council, the service providers.

They need some resources, maybe some facilitation to knot things together.... As in all the other places, we had tables set, great food, community and conversation.  We exchanged cards and numbers and contacts.  The law enforcement present promised they could get 25 to 30 of their partners and several judges together for a training on tools they could use to support people better and keep them from getting dragged down in the criminal and court system.  I'm going to forward their contacts and their interest to the folks creating the training for judges and cops, and hope they can plan a visit to this part of Georgia. There is a heartfelt interest in changing the direction of these kids' lives. Addendum to Listening Tour  One can't visit Fitzgerald without mentioning the wild chickens.  Thing is, we didn't SEE any chickens the whole first day we were there, so I called back to the office and accused the staff or perpetrating a myth.  But the next morning, driving out of Fitzgerald to come home, we came across a whole flock, eating and pecking on the side of the road, and in the yards up a side street.  So of course we pulled over to take pictures.  The chickens are really beautiful it turns out, so we can understand why there is a fine for killing them.  Just an interesting side note on chicken public policy, in Brooks County, where we were the night before, it is against the law for chickens to cross the road!  I wonder how they enforce that?  I wonder what the chickens that have the run of Fitzgerald would think about that? These listening tours are really thought-provoking, and sometimes the next morning, I think of something that was said or shared the night before that I failed to mention.  Here's an extraordinary story from the Ocilla meeting.  Two sisters were there who are supporting their brother who has developmental disabilities in his own apartment, but he has no outside support.  They live in different towns, and they separately drive in and try to help him keep track of his money, laundry, groceries, etc.

The amazing part of this story is that 10 years ago, he left the family home in Georgia, and walked......to Canada!  He was 'lost' for 10 years, they had no idea what had happened to him.  Sometime in the past few months, they were contacted by an agency in Minnesota I think, but some northwestern state, someone had tracked the family down, and they brought him home. So now they are both trying to keep him steady in his own place.  First they were told he was eligible for services from the DD system, and then they were told he wasn't, and then the regional office evaluation folks came out and they think he got evaluated, but they aren't sure.  They paid for their own psychological since he's been out of high school for over 10 years, but they weren't clear on what was going to happen next.  He probably doesn't need a high level of assistance, and he could probably work if he had some good preparation and support on the job.

But for now, he just watches TV and eats, according to them, and they are ever vigilant so that he doesn't leave again, or give away all his money,  or set the apartment on fire.  They are drained, as they put it. Both of these tours this trip have me thinking that lower levels of MORE flexible money might go a long way to support some folks.

More details and location to be determined!  Please check back for more information. Please view the above pdf flyers for more details.  You may also visit the Unlock the Waiting Lists website for more info.To rsvp, please call 404-657-2126 or  email .